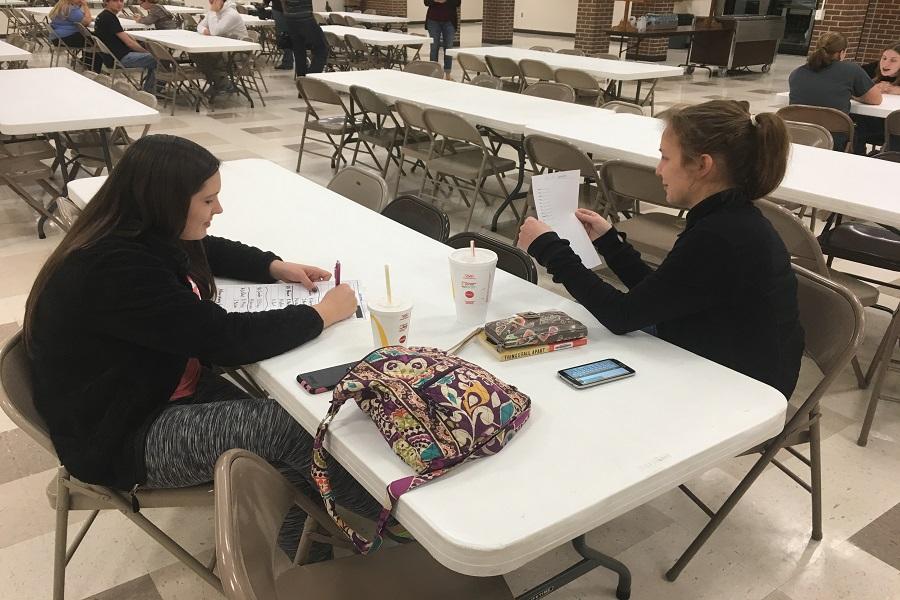 Kids Vote Kansas is for students of all grades and ages that are not eligible to vote. Students were able to cast a Kids Vote ballot at any of the local polling sites when accompanied by a registered voter.

Senior Jeanie Balzer said volunteering for Kids Vote was to help with her community service hours for AP American Government.

“It’s nice to be here and hang out with friends while we watch the actual election results,” Balzer said.

AP American Government instructor, Abby Maska, said she feels Kids Vote is a great way for students to get involved with politics and elections.

“We’ve been doing this for several years now,” Maska said.”Hopefully the students will learn to be more civic minded when they become adults and are actually able to vote.”

Laura Herdel serves as a liaison for Kids Vote.

“There were seven polling sites today,” Herdel said. “It’s important to us to get the kids votes as accurate as possible so we can relay the tallies to the community.”

“These kids are so politically socialized,” Eichman said. “Their parents are voting Republican and so they feel like they have to vote Republican.”

“It’s neat to see what my peers and kids younger than me think,” Otte said.