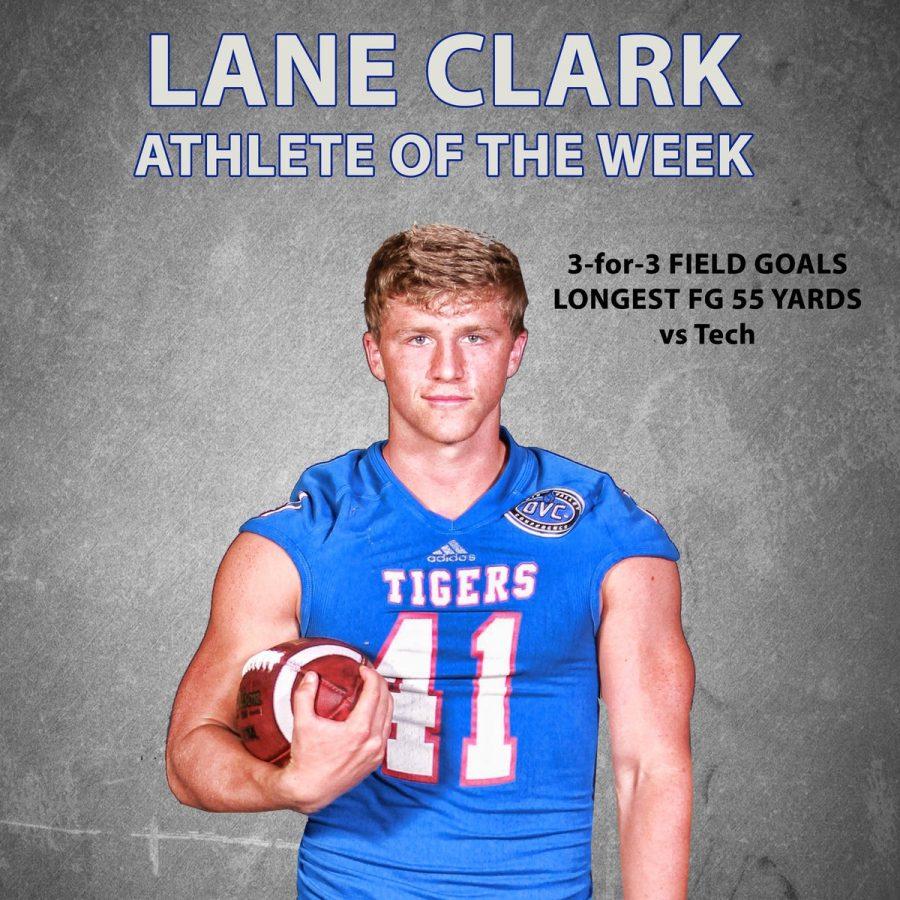 From a Hays High Indian to a Tennesse State University Tiger, HHS graduate Lane Clark has kept his loyalty with football through the years.

Clark said he started playing football when he was in third grade. Since then, he has played practically every position on the field but any sort of lineman.

“In high school, I obviously played for HHS,” Clark said.

Throughout Clark’s few years at TSU, he has made many accomplishments.

“My biggest accomplishment so far would be making all-conference this year,” Clark said.

Choosing the college you want to attend can be very hard, but Clark doesn’t think the choice to go to TSU was very hard for him.

“TSU was a great fit for me,” Clark said. “When I visited here in the spring of my senior year, I decided real quick that this is where I wanted to go.”

While at TSU, Clark is studying for a major in biology and a minor in chemistry. After graduating from TSU, Clark plans to attend medical school and go into orthopedics.

Clark has had many supporters throughout his years of football.

“My biggest supporters are definitely my parents,” Clark said. “I wouldn’t have been able to accomplish these things without their support and everyone else’s.”