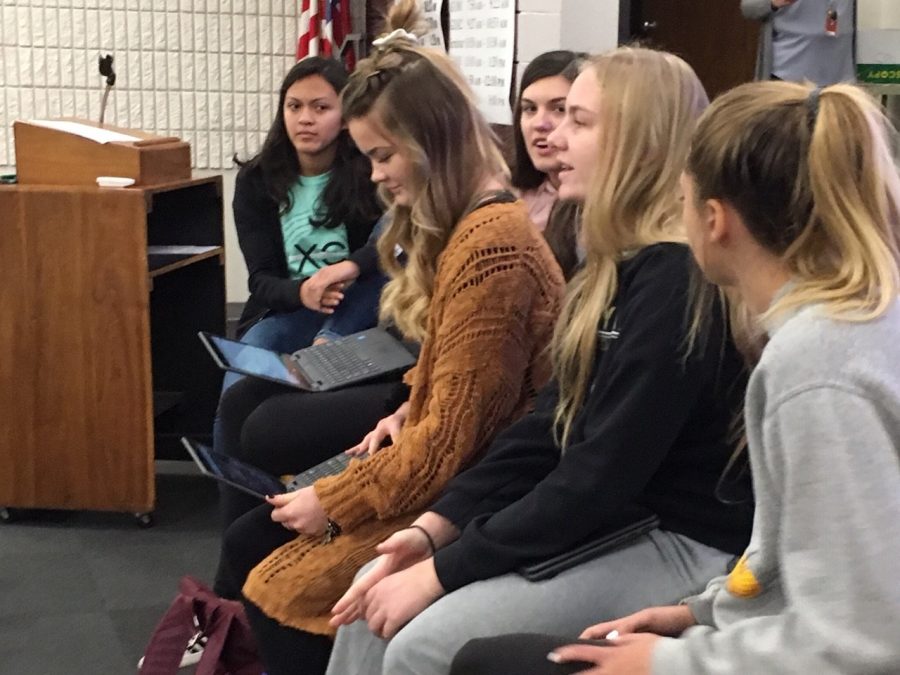 After reviewing the StuCo budget, the conversation shifted to Indian Call plans.

“Last spring, 195 students out of 800 attended,” StuCo sponsor Alicia Brungardt said. “Reality is, your student body does not attend that dance, so we need to talk about how we can change it up and make it better, so more people attend.”

One idea that was brought up was combining Indian Call with TMP’s winter formal.

“For the last three years or so, Indian Call has landed on the same day as TMP’s dance,” StuCo Public Relations Officer Kaylor Meyers said. “By combining with TMP, we could potentially increase our attendance.”

Nothing has been decided, but a survey was sent to StuCo members to get input on the idea. If it was decided to combine the dances, a location would have to be decided as well as obtaining approval by both schools’ administrations.

Seatbelts Are For Everyone (SAFE) was the next item on the agenda. Instead of having a speaker for this year’s SAFE assembly, there will be “Think Fast” game show format of the assembly.

The final item on the agenda was Dodge for a Cause.

This year, the dodgeball tournament will be held in January and a cause is yet to be decided.

“We were planning on hosting the tournament in December with the proceeds benefitting National Honor Society’s Holiday Help Project,” StuCo President Maddie Lohmeyer said. “However, when looking at the school calendar, every weekend in December is full, so we are having it in January and will have to choose a different cause.”