10 classic Halloween movies to get you into ‘the spooky spirit’ 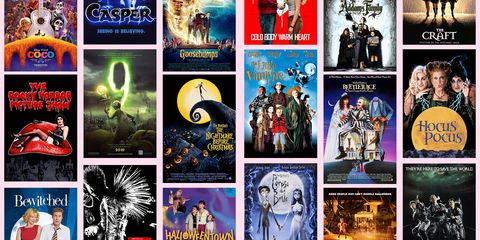 And, so, it begins. As the clock strikes midnight on Oct. 1, “Spooky Season” officially kicks off. Whether you are a comedy connoisseur or a horror flick fanatic, here is a list of 10 classic Halloween movies to help get you in the spirit.

“A curious youngster moves to Salem, where he struggles to fit in before awakening a trio of diabolical witches that were executed in the 17th century.” – IMDb **

“The monstrous spirit of a slain child murderer seeks revenge by invading the dreams of teenagers whose parents were responsible for his untimely death.” **

“The spirits of a deceased couple are harassed by an unbearable family that has moved into their home, and hire a malicious spirit to drive them out.” **

“A year after the murder of her mother, a teenage girl is terrorized by a new killer, who targets the girl and her friends by using horror films as part of a deadly game.” **

“An adventurous 11-year-old girl finds another world that is a strangely idealized version of her frustrating home, but it has sinister secrets.” **

“The infamous story of Benjamin Barker, aka Sweeney Todd, who sets up a barber shop in London which is the basis for a sinister partnership with his fellow tenant, Mrs. Lovett.” **

“Con artists plan to fleece an eccentric family using an accomplice who claims to be their long-lost uncle.” **

“A family heads to an isolated hotel for the winter where a sinister presence influences the father into violence, while his psychic son sees horrific forebodings from both past and future.” **

“Fifteen years after murdering his sister on Halloween night 1963, Michael Myers escapes from a mental hospital and returns to the small town of Haddonfield, Illinois to kill again.” **