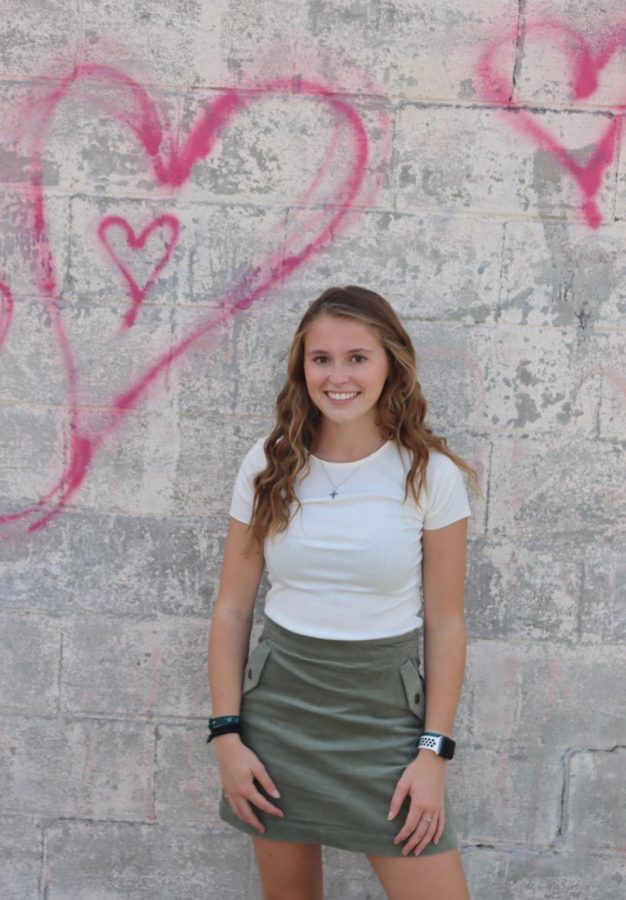 1. Were you excited to be nominated as a Homecoming queen candidate?

“I was thrilled to be nominated as a Homecoming candidate.”

2. Who did you think would win the Homecoming crown?

“I honestly thought [senior] Sydney [Wittkorn] would win the crown.”

3. What was the best part about becoming Homecoming queen?

“The best part about being the Homecoming queen was wearing the crown or the king and queen dance.”

4. What was the worst part about becoming Homecoming queen?

“The worst part about being the Homecoming queen is not being able to keep the crown.”

5. What does it mean to you to be Homecoming queen?

“It was an honor to win; however, if I wouldn’t have won, I am the same person before and after.”

6. How do you feel about the movie “The Wizard of Oz”?

“I love the movie ‘The Wizard of Oz.’ It’s such an original movie, and I love that it is rotated around Kansas.”

7. What is your favorite animal?

“My favorite animal is a horse.”

8. If you were a real queen, what would your kingdom be like?

“If I was a real queen, my kingdom would be full of joy.”

9. How did you pick your dress?

“I went to a boutique downtown here in Hays and just fell in love with it. However, it didn’t fit so I had to get it altered a bunch.”

10. What is your favorite Hays High tradition surrounding Homecoming week?

“My favorite tradition surrounding Homecoming is on Friday having the assembly, parade and game.”

11. Which Homecoming events did you attend?

“I pretty much attended every Homecoming event that was held.”

12. What extracurriculars have you been a part of while at Hays High?

“My dream job is either something in the medical field or owning my own ranch, which would include moving cattle and farming.”