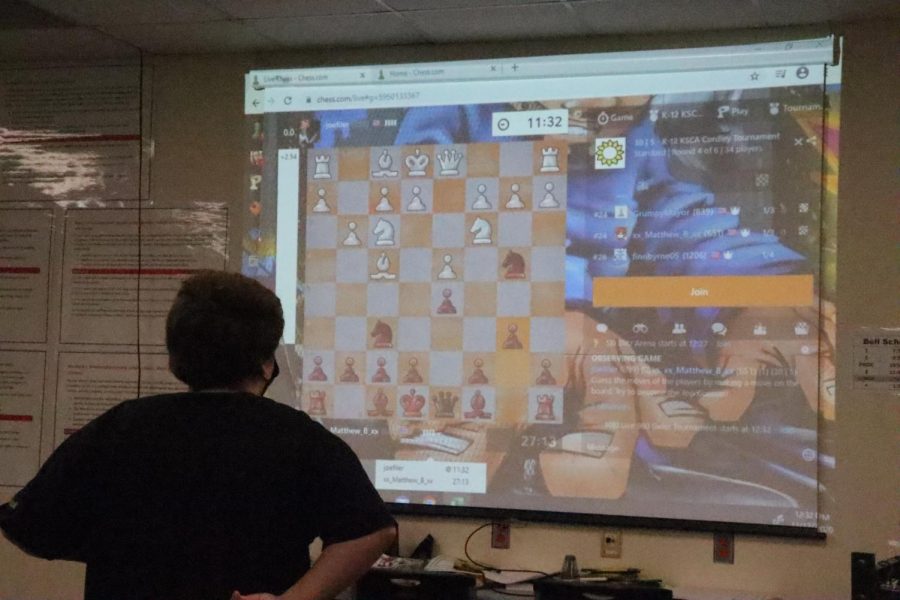 Most of the Chess Club's participants have adjusted to this year's virtual competitions, but Holder understands the perspectives of the struggling students. "I am the same way," Holder said. "I feel like I can 'see' better when I am playing over a board as opposed to playing virtually."

The Chess Club went up against Cordley at 9 a.m. on Dec. 12 at Hays High School. The individual placings are as follows:

Now that the students have a couple more virtual events under their belts, club sponsor Erin Holder said most of them are doing well with the transition to the new format, but that she understands the struggle of playing competitive chess online for those who were not already experienced with it.

In the club’s first tournament, Holder said that there was a student who did not get connected to the tournament, resulting in his high scores not being added to the team’s total.

Holder said that this time around, everyone got a fresh start.

“This tournament went well after we got a couple hiccups out of the way at the beginning,” Holder said. “There were a few students that were not connected to the KSCA club group on chess.com, but we were able to get that resolved quickly.”

“That seems to be the area in the game play that many of my students struggle with,” Holder said. “We will have more learning opportunities and worksheets as a group to get their minds going!”