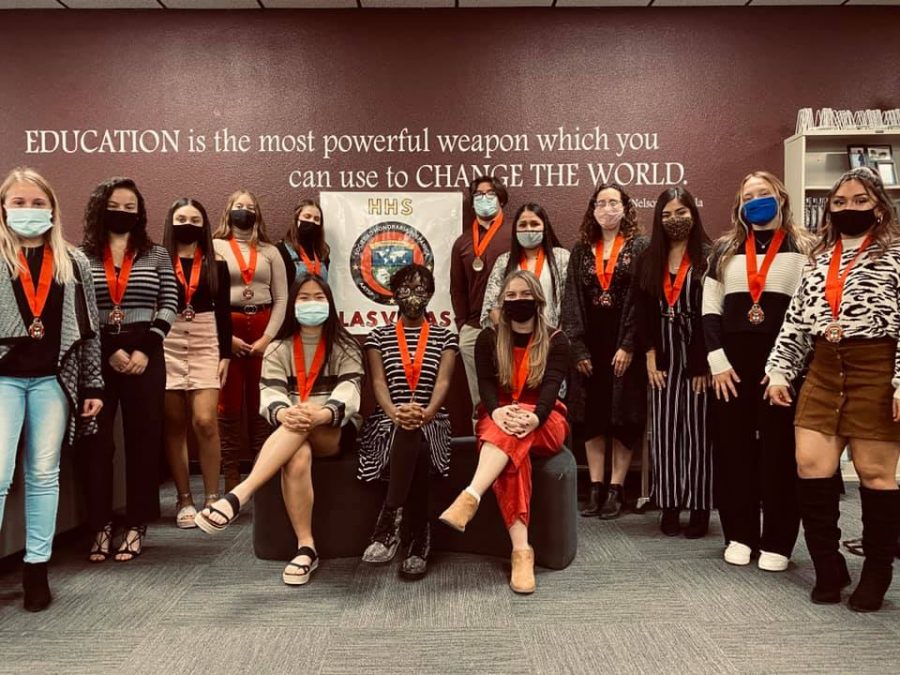 The FLNHS Induction occured on Tuesday, Dec. 1 at 7 p.m.

The senior officers are as follows:

The inductees of the ceremony are as follows:

During the induction, each new inductee lit a candle and swore the oath of the society, afterwards blowing out his or her candle. They were awarded with an official certificate of membership along with medals of the society.

This is Ke’s second year in FLHS, and she has been appointed president of the society this year, which she said she enjoys.

“I like to hear about the variety of ideas, as well as incorporating my own,” Ke said. “Being president this year can be a bit challenging due to the many challenges of COVID, but we are all finding alternative activities.”

Ke said she is looking forward to this year as president of FLHS.

“I’m most excited about just getting to know the new inductees better and form a close-knit community,” Ke said.