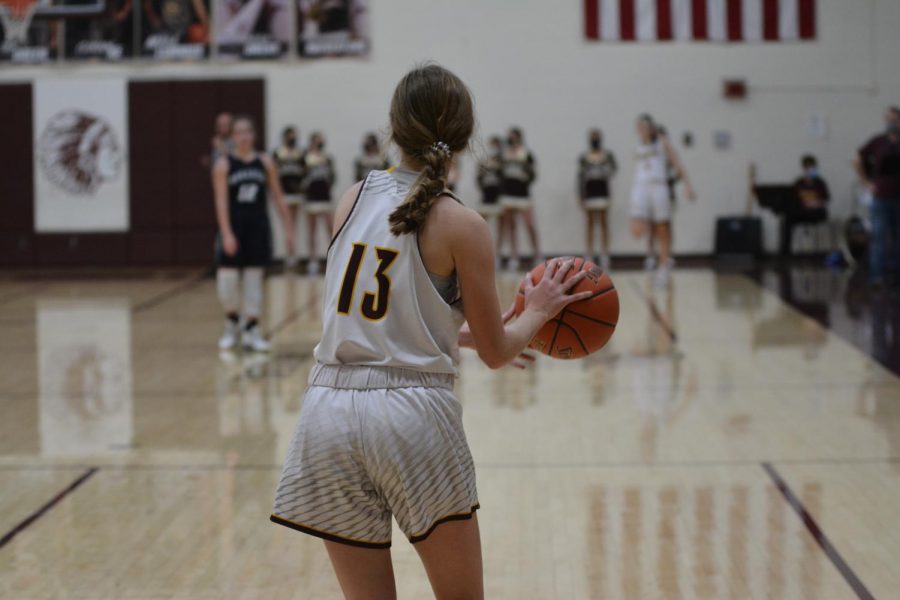 Sophomore Carly Lang looks for an open teammate while in bounding the ball in the game against Thomas More Prep during the Hays City Shootout on Dec. 5.

On Jan. 8, the girls basketball team took the long trip to Liberal and lost 42-26.

The lady Indians never led in the second quarter and went into halftime trailing the Redskins, 23-14.

The Indians move to 1-5 on the season and 0-2 in conference play. They will travel to Great Bend on Jan. 12 to take on the Panthers in hopes of bettering their record.