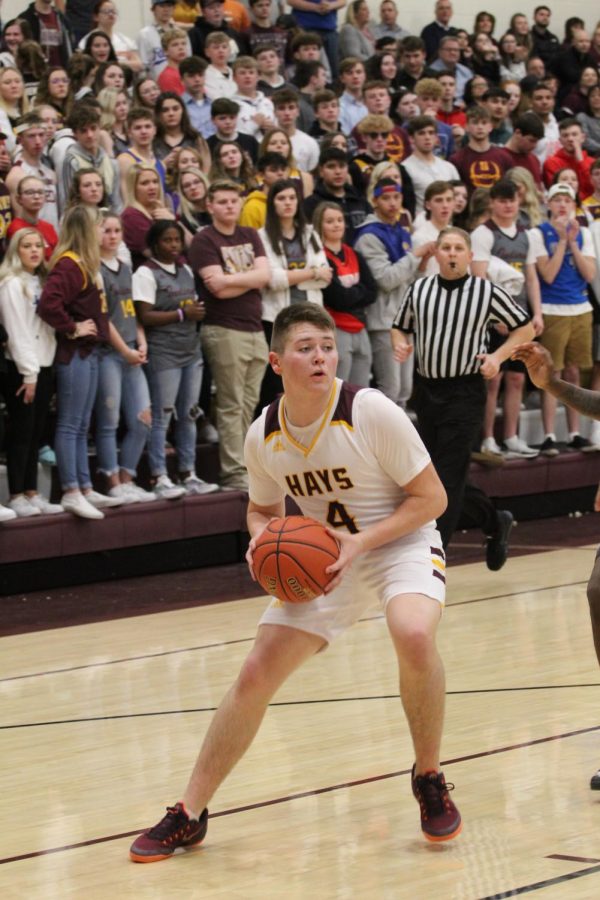 Sophomore Carson Kieffer looks for one his teammates to pass to during the home game on Feb. 21.

On March 11, the Indians traveled to Emporia for the first round of the substate tournament and won 46-43 over Topeka Highland Park.

Throughout the first eight minutes, Highland Park led 15-5, but going into halftime, the Indians managed to cut their lead down to seven.

The Indians had two chances to grab the lead during the third quarter but fell behind seven points again.

The Indians started the fourth quarter behind by one, and the lead changed hands multiple times throughout the last minutes.

The Indians managed to hold on to the lead to win the game.

Sophomore Carson Kieffer had a career high of 19 points, junior TJ Nunnery had 14 and junior Dalyn Schwarz added another 10.

The Indians finished the year 17-6 and will not play the rest of the state tournament because KSHAA cancelled due to health concerns.