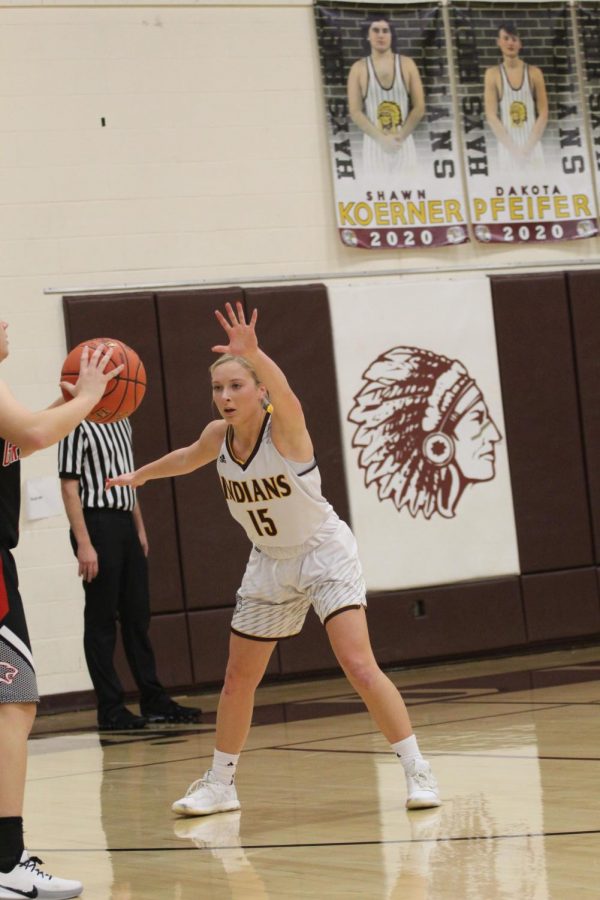 On Feb. 7, the lady Indian basketball team traveled to Dodge City to take on the Red Demons and lost 56-34.

They had the lead two different times during the first quarter, but an eight-minute scoring drought would be the leading cause of the Indians falling behind.

The Indians went into halftime down by eight points, and with three minutes left in the third quarter, the score was 35-30 in favor of the Red Demons.

The score would not get any closer for the rest of the game. The Indians did not score for 8:15, and the Red Demons would go an o 15-0 run during that time.

The lady Indians move to 4-10 on the season and 1-3 in the Western Athletic Conference. They will play at Great Bend on Feb. 11.