Lady Indians fall to Salina Central on the road 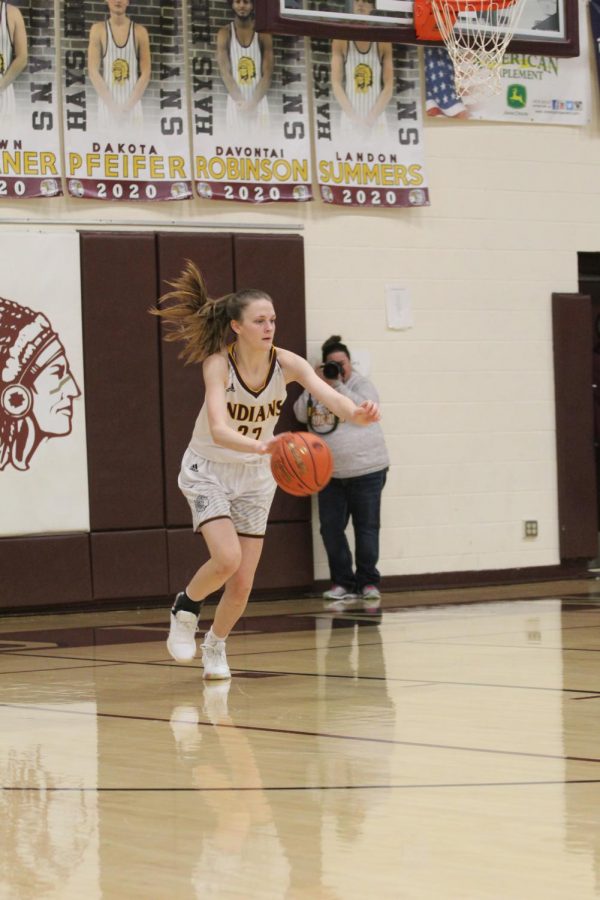 Sophomore Aleyia Ruder dribbles the ball down the court during the home game against Great Bend on Jan. 14.

The lady Indians traveled to Salina on Jan. 31 to take on the Salina Central Mustangs and lost 52-39.

The Indians started the game by missing their first six shots and did not have any points for the first five minutes of the game.

The Indians had a 12-4 run that ran from the end of the first quarter into the beginning of the second, which brought them their only lead of the game.

Salina Central then took over for the rest of the game, with a 15-0 run, which lead the score to 28-14 in favor of the Mustangs at halftime.

The Indians would not get any closer than 12 points for the rest of the game. Senior Tasiah Nunnery had 14 points, and senior Isabel Robben had 11.

The lady Indians are now 4-8 on the season and will play at home on Feb. 4 against Salina South.