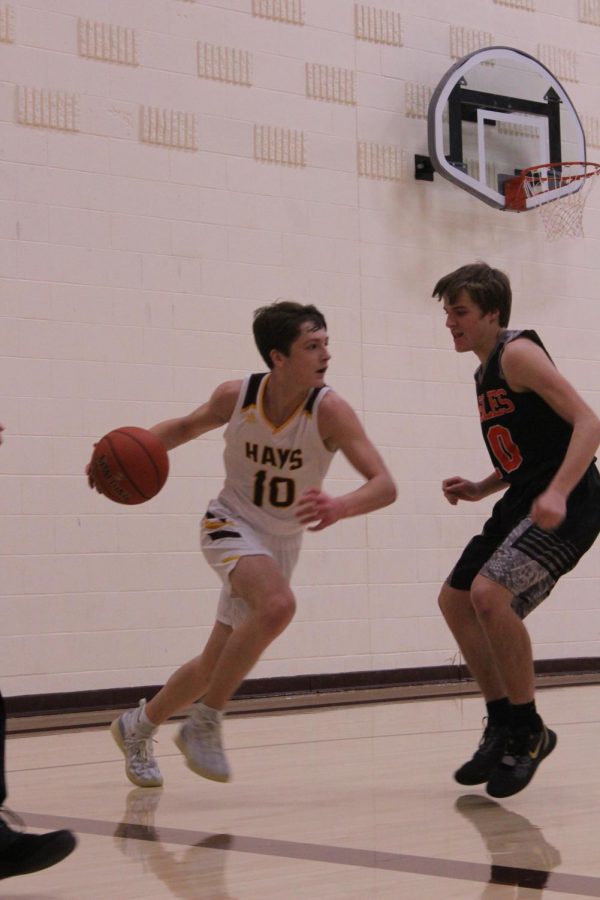 Sophomore Noah Weimer dribbles the ball during the game against Colby at home.

The Indians traveled to Pratt to play the Greenbacks on Jan. 7. This was their first road game of the season, and they brought home a win.

They scored eight points in the first two minutes, then they used a 12-0 run to strengthen their lead. By the end of the first quarter, the score was 20-3.

Junior TJ Nunnery had a one-handed dunk, which was followed by a two-handed alley-oop pass from sophomore Carson Kieffer.

The Indians never slowed down during the second and third quarters, and the scoring difference was always between 18 and 22.

Nunnery led scoring with 14 points, while senior Dylan Ruder and junior Dayln Schwarz both had 10.

The Indians now move to 3-2 on the year and will play at home on Jan. 10 against Liberal.