Students share stories of how they learned about Santa Claus 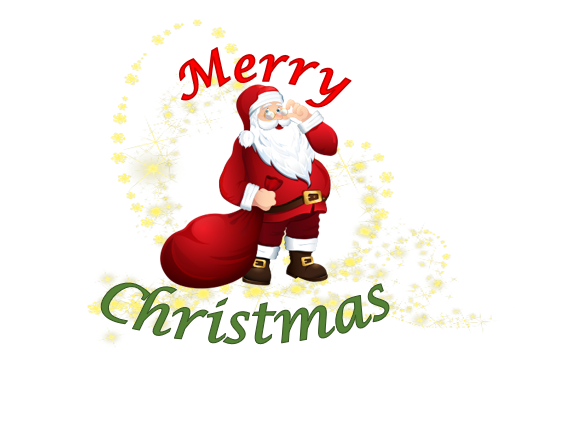 When everyone was little, they probably believed in the magic of Christmas and Santa Claus, but… what happened?

“I can’t pinpoint an exact time where I learned about Santa,” senior Gabe McGuire said. “But, the moment I believed he was real was when I found cookie crumbs and a note that had been left in my closet, which led to the attic, that wished me a Merry Christmas from Santa Clause himself.”

Did the magic slowly fade or did it just immediately halt?

“I found out about Santa when I was about eight,” senior Johnessa Gay said. “It was Christmas Eve, and I couldn’t sleep. I heard someone messing around in our living room, and I saw my mom putting the gifts under the Christmas tree. I went back to my room and waited until I heard her bedroom door closed. I went in the living room to peek at the gifts. She had gotten me a really beautiful jewelry box, and I can remember that I was so excited! I went back to my room and went to bed. The next day, when I woke up, I had to act excited, but I never told my parents about it. It’s not a memory I think about often, but it is a nice one to remember.”

Like Gay, junior Carson Brooksher saw “Santa” delivering his presents under the tree.

“Actually, I figured it out myself the year before I went to kindergarten when I hid at the top of the stairs and watched my parents place the gifts,” Brooksher said. “I then waited about two years before telling them, just to see what they’d say. It was interesting, to say the least.”

“I found out when I was eight,” Flaska said. “I drew a picture for Santa, and after Christmas, I went downstairs to a place I wasn’t supposed to go, and I found all the pictures I made for him. I’ll remember it because I tried to shrug it off, but it actually hurt inside. Then, when my parents got home, I had a smug look on my face and told them the little secret I knew.”

Some students were surprised to find out, and some caught on long before.

“I found out about Santa when I was around nine or 10,” sophomore Logan Chance said. “I questioned for a while how a big guy in a red coat could possibly deliver all of those presents in one night. I would ask my parents these questions, but all they would say is, “Magic!,” which was underwhelming. That is pretty much how I figured out about Santa.”

For some, the magic of Christmas was never as strong after discovering the truth.

“I think, even from a young age, I always knew, but I think that when I learned of it, I was at school, and it was just casual information dropped,” freshman Calliope Green said.

Others, however, still hold the Christmas spirit in their hearts.