Students take first at Kansas University Night at the Lab 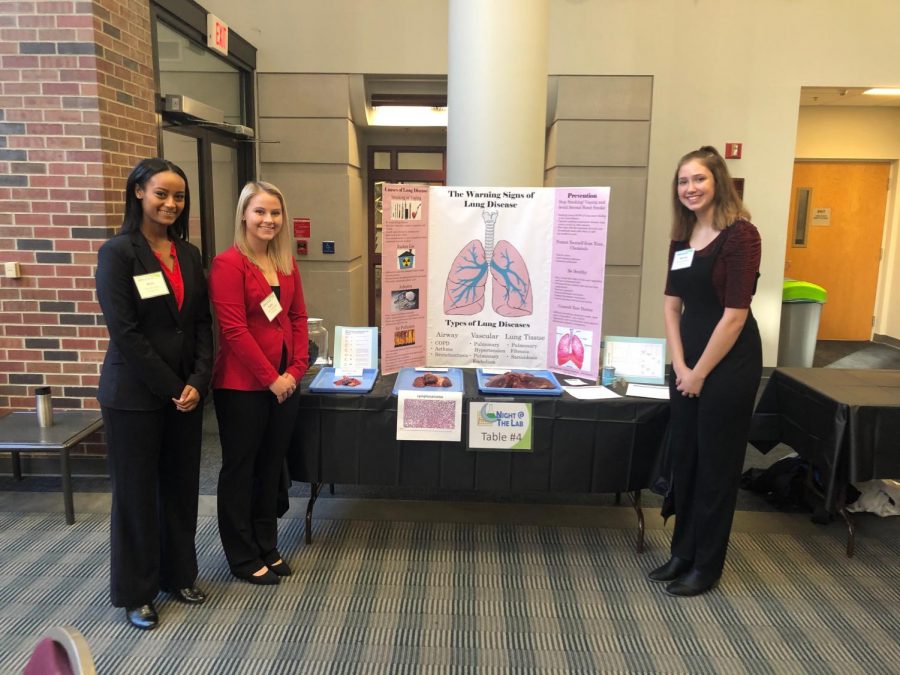 Seniors Taylor Weidenhaft and Mulu Bannister and junior Marrissa Raynesford took first at the state competition for the KU Night at the Lab.

After competing at the Northwest Kansas Regional Competition in Colby earlier this fall, seniors Mulu Bannister and Taylor Weidenhaft and junior Marrissa Raynesford attended and competed at the state level competition of Night @ the Lab, hosted by the University of Kansas.
The team took first with its project “The Warning Signs of Lung Disease” at the KU Med Center in Kansas City on Nov. 19.
Working for weeks prior to the competition gave the team members the ability to create an award-winning project.
The display held lungs from a cat that was healthy, lungs from a dog that had lung cancer and lungs from a calf with evidence of bacterial pneumonia, instructor Lynn Zimmerman said. The tissues were provided by Weidenhaft’s father, a local veterinarian.
This is the second year in a row Hays High has taken first at the KU Night @ the Lab event, previously won by juniors Ginny Ke and Callie Raache and graduate Johnny Fuller.
“We felt very good after speaking with both of the judges,” Raynesford said. “We thought we had it in the bag. I am completely happy with the results.”