Homecoming king and queen reflect on being royalty 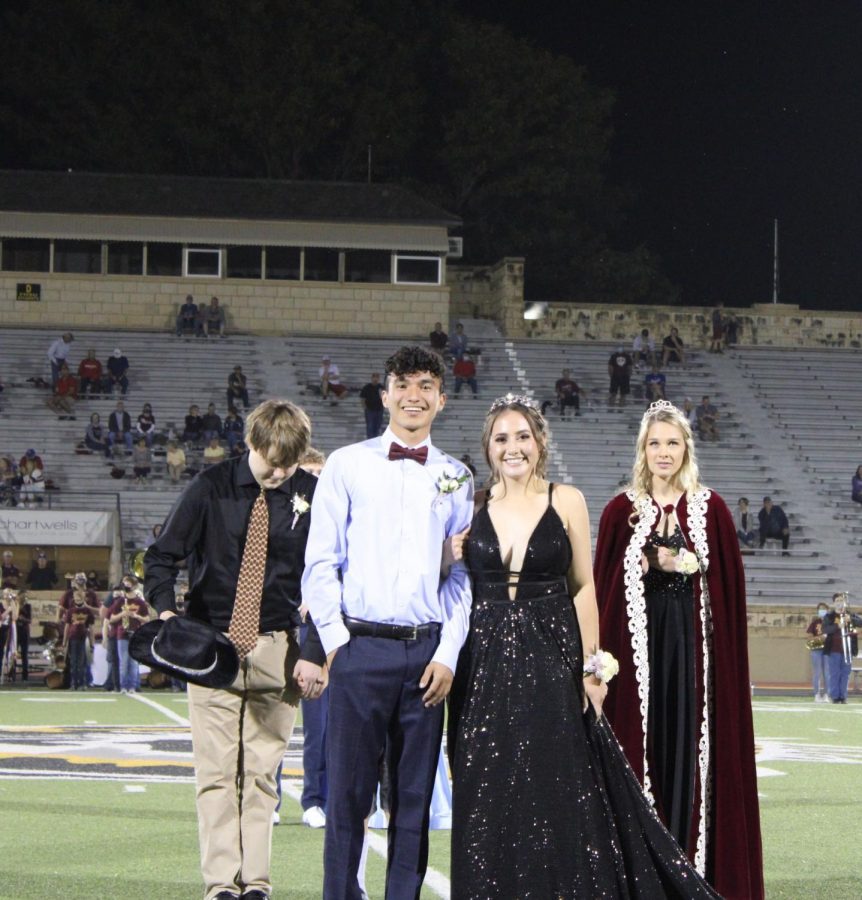 At halftime of the football game on Oct. 9 against Dodge City, seniors Mylah Potter and Fernando Zarate were named the 2020 Homecoming queen and king.

Zarate said he felt that the changes made to this year’s Homecoming, such as the carnival instead of the dance and the candidate introduction instead of the parade, were difficult to adjust to.

“I thought the changes to Homecoming were very different from what we usually do,” Zarate said. “All the usual traditions did not happen, which was sad, but I’m glad that we were at least able to get to do something for it.”

Potter said she felt the opposite about the changes for Homecoming.

“I think the changes to this Homecoming were very fun,” Potter said. “I loved having the outside carnival, but I really missed the parade.”

While having opposite opinions on changes, both candidates said they were very happy about winning Homecoming king and queen.

“I felt really excited to win Homecoming king,” Zarate said. “I enjoyed spending time with all the candidates and being a part of such a good group. I really did not know what to expect from it because we had some great candidates. I was really happy, and it felt really good knowing that people voted for me. It was surprising for me, and I’m glad I got the opportunity to make fun memories for my senior year that I will always remember.”

Like Zarate, Potter also was enjoyed being named Homecoming royalty.

“When I won, I was very surprised and excited,” Potter said. “It was a thrill!”