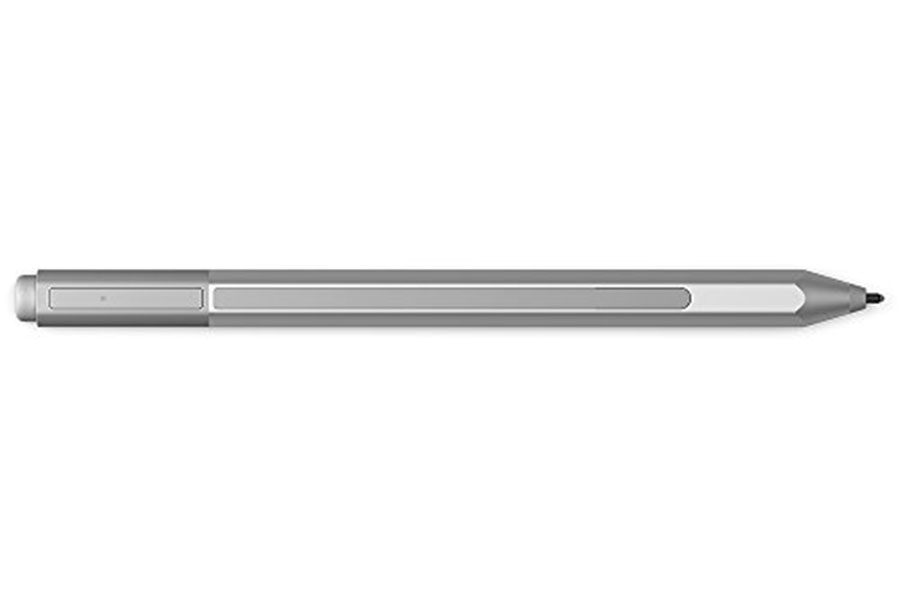 The new surface pen showing the one long button.

The school has had the Surface Pro 3’s since last year. They always were the same – the black protective case and the silver stylus with a purple button. About a month ago, something set a few away from others, a new stylus.

“They were just the ones that were available,” CCU tech Brian Schauf said.

Many pens have not been bought as there aren’t many students who do not lose or find their pen broken. However, the few that do, find that the pen is drastically different.

“I lost my old pen,” sophomore Ady Albers said. “It’s a new version, it’s cool and it writes easier. I believe that it helps me do my homework faster.”

The new stylus is black with one button running up the side. The eraser is now the same button that one would hit if they wanted to open OneNote or take a screenshot.

Freshman Tyler Boomer has only gotten accustomed to the new stylus since the school ran out at the beginning of the year. Though Boomer doesn’t know what the biggest difference is, he finds that his favorite part is the eraser. Other students agree with him.

“I like how the end’s an eraser,” freshman Marie-Lyn Castaing said.

Junior Max Peine got the new stylus when his broke. Though his is the same gray as before, the design is new. Just like Boomer and Castaing, Peine likes that when he wants to erase something, he doesn’t have to press a button.

“It writes easier,” Peine said. “And it doesn’t have any buttons, so it’s a lot nicer to use.”